The Inside is Connected to the Outside: The Inside/Outside Strategy Revisited 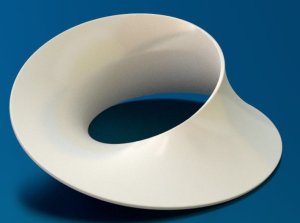 The Inside/Outside Strategy (IOS) claims we need to work both inside and outside the dominant order to win. Most critiques of IOS correctly point to the shortcomings and dangers of working within the system. But, this weakness is also a reflection of the lack of powerful outside movements to recruit and discipline inside actors. If the outside isn’t working the inside isn’t working either. That said, far too many hopes, dreams, and dollars have been invested in inside work — elections in particular.

Working inside does not mean climbing the career ladder, joining some political machine, or aiming no higher than mere reform. Inside work, done well, means identifying the conflicts and divisions within the power structure and pushing on them. It means intensifying the struggle, working around obstacles and organizing outside the centers of power. Inside work does not have to mean giving up on revolutionary change. It should mean just the opposite.

But one part of the concrete conditions we cannot ignore is the reality that different people and tendencies will, in fact, work different angles. Some might focus either too far inside or too far outside the existing order for our tastes but we should aim toward greater synergy and coordination between the two. The trick is to learn to keep one foot in each world. Walk the razor’s edge.

For those critical of working within the Democratic Party, for example, our task is to build up our capacity for mass movements, local communal projects, and third parties. Organizing projects are far more important than winning the debate about where to concentrate forces.

“Inside” the Academic Labor Movement

I quit my job as a tenured professor and spent the next 15 years as a union organizer for the American Association of University Professors and the American Federation of Teachers. My main focus was on organizing the part-time and non-tenure track faculty who were the most exploited of the teachers. The were the targets of a punishing austerity that cleared the way for the corporatization of higher education. As a staff member I was “inside” the union but in order to do the job I had to take on a complicated three-front struggle.

The first front –the struggle for adjunct rights and against the two-tiered labor system — was the most important. When I started in 1998, the adjunct movement was coming into its own. I had a movement I could relate to, advocate for and help to organize. Without that outside force, there would have been nothing and no ground for an insider like me to stand on.

The adjunct faculty had been — and still are — dispossessed: unions rarely represent them well and often comply with workplace rules that actually hurt them. Adjuncts work for poverty wages, lack health care and are always fifteen minutes away from total humiliation. Sometimes students are their only true allies.

The second front was confronting management. Higher education managers adopt the ways and means of the corporation. Their arrogance and cruelty are so vicious it’s hard to make sense of.

Management understands what union officials usually don’t; the adjuncts are a crucial source of cheap labor and a wedge to weaken the entire workforce. To the bosses, adjuncts are a class enemy to which they will give no quarter. University management — liberals all — led the race-to-the-bottom replacing good jobs with bad, transferring wealth to the top and saddling generations of students with bad debts and dismal futures.

The last and most challenging front was dealing with conservative union officials that represented a small, influential, but deeply misguided segment of the tenured faculty. With some very notable and very honorable exceptions many of the official types, both elected leaders (many union elections are uncontested) and staff, avoided the issues or dragged their feet — a few were outright sellouts.

Very few union leaders play an effective inside role because they want to control the more radical rank and file rather than leverage their power. Instead, the savvy inside leader tells the boss: “I cannot control these people so if you don’t want a strike you better start throwing concessions our way.” But since control over members is tied to their own power most union officials squander rank and file pressure.

As the percentage of hires off the tenure-line grew year after year — replacing the secure with the vulnerable — a cultural shift eased the faculty’s surrender to the new order. The tenured faculty were all too eager to turn tenure from a right designed to defend academic freedom into a privilege rewarding hard work, intellectual prowess and merit.

What is “merit” other than the morality of the so-called “free market?” And, it has a powerful appeal. Who doesn’t want a merit badge? Why do you think so many academic radicals still believe that the free-market is a description of reality? Once privilege and merit replaced workplace rights the tenured faculty behaved much as other privileged groups do when tempted by the comforts of merit and the delusions of class collaboration.

Three Fronts in a War of Maneuver

Now, don’t take this analogy too far, but back when unions had real power they did not just fight scabs on the picket line. They sent their very best organizers into the shop to talk with and educate the strikebreakers, who were, after all, just workers in desperate need of a decent wage and class consciousness.

Whether its labor unions or the Democratic Party, don’t go “inside” unless you are ready to fight on three fronts and deal with the intense contradictions that struggle requires. Keep the shifting relationships between inside and outside foremost in your mind. If the connections weaken or break, you weaken or break.

Should people work inside or outside?  A good organizer usually encourages people to follow their own political instincts. When moved by the courage of their own convictions, people are more likely to do something — anything — and that activism will always be the best teacher.

2 Responses to The Inside is Connected to the Outside: The Inside/Outside Strategy Revisited