Strategy is a plan — a proposed course of action. Strategy demands the analysis of current conditions and statements of desired goals. But, the primary focus of strategy is “how.”  How do we work the transition between what is and what ought to be?

An effective strategy proposes how existing consciousness, resources, and capacities can achieve a range of political ends. Strategy tries to answer the hardest questions of all: what to do next and how to do it? While strategic thinking often relies on one political theory or other it is not the same exact thing as theory — its nothing as orderly or elegant as that.

Inside/Outside Strategy (IOS) is an approach to organizing and movement building that emphasizes learning from and coordination with resistance movements that have political positions you do not completely agree with. IOS is an inclusive rather than an exclusive approach. A “both/and” attitude can help us resolve the static binaries and false choices that divide us and waste our energies. IOS is an alternative to the endless arguments and fragmentation that characterize the conventional left-wing pursuit of the “correct line.” IOS is particularly useful in organizing mass movements, coalitions, big-tent political parties, and revolutions.

Effective organizations regularly use a strategic planning process. While there are variations all include an assessment of the various forces in play; yourself, allies and adversaries; a shortlist of goals; the selection of tactics and demands; and most crucially — matching the tactics and tasks to the organizational resources already in hand. In the spirit of experimentation, the results must be evaluated, criticized and the plan revised. But always, we start from where we are — not where we’d like to be or hope to be.

Strategy is permanently provisional. Strategy is a work in progress, an unending discussion open to revision based on practice and the constantly shifting political context. Strategy does not provide certainty but is a guide to action. But the sad fact remains that much activism is simply reactive or willfully avoids strategic work. 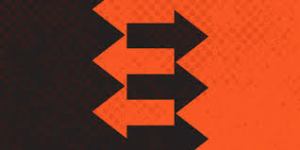 The IOS Remains A Coherent Strategic Framework For An Incoherent World

In 2014, when I started writing about IOS, I was hard-pressed to find good sources and examples — the discussion was just getting underway. A lot has changed since then. IOS has become a topic of discussion among strategy-minded activists.

IOS reaches its greatest potential as an overall strategy for social transformation.  It can be applied to a wide variety of situations and movements. Still, most discussions of IOS focus narrowly on the relationships between social movements or organizing on the one hand and electoral work on the other.

IOS emphasizes experimentation in practice rather than doctrinal rigor or ideological clarity as a way of rebalancing a movement drunk on polemics and the hangover of analysis paralysis. IOS gives priority to engagement with the millions rather than debates between or within organizations.

Personal experience is the best teacher by far and that is why job #1 is to encourage people to take action. Real change becomes possible when millions act on the stage of history and not before. And when the millions move they will burst every comfortable category the “left” prizes so dearly. Change will not be orderly.

The mixed reaction of the US and French left to the Yellow Vests is just one example of our inability to deal with the contradictions unfolding before us. It reminds me of Lenin’s observations of the 1916 Irish Revolution.

“To imagine that social revolution is conceivable without revolts by small nations in the colonies and in Europe, without revolutionary outbursts by a section of the petty bourgeoisie with all its prejudices, without a movement of the politically non-conscious proletarian and semi-proletarian masses against oppression…against national oppression, etc.-to imagine all this is to repudiate social revolution. So one army lines up in one place and says, “We are for socialism”, and another, somewhere else and says, “We are for imperialism”, and that will he a social revolution!

Whoever expects a “pure” social revolution will never live to see it. Such a person pays lip-service to revolution without understanding what revolution is.

The socialist revolution…cannot be anything other than an outburst of mass struggle on the part of all and sundry oppressed and discontented elements. Inevitably, sections of the petty bourgeoisie and of the backward workers will participate in it—without such participation, mass struggle is impossible, without it no revolution is possible….”

Let’s start working on the world as we find it not as we wish it to be.[1] That in no way means we accept the world the way it is. But, it does mean we are working toward a strategy that is far more effective than moral outrage or ideological precision.

It’s not that raising consciousness is a waste of time — it is vitally important. We need to bring the empire into view first and foremost because that is where the crisis cooks the hottest. Yes, we need the ideological struggle but tempered and trained by the complicated political context we find ourselves in. And, there is nothing more full of contradictions than revolution — nothing.

Deal with that or we deal ourselves a losing hand.