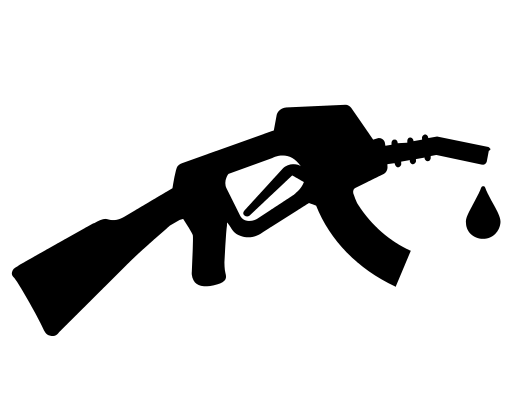 Climate change is the apex crisis of all time and the US military is the prime crisis multiplier.

As we approach the horizon of climate disaster it certainly looks like the predatory phase of human history — of which war is just the most glaring example — is related to our predatory relationship with nature. At the center of the storm is the interlocking crisis of militarism and climate destruction.

We will evolve beyond perpetual war and global empire or face climate chaos.

The climate crisis is rooted in a set of interlocking institutions with a common cause of power over others and a shared strategy of violence, plunder and deception. The military is the linchpin, playing a pivotal role intensifying the climate crisis.

Consider the basic facts. The US military is:

The war machine’s enormous consumption and strategic capture of fossil fuels and their behind-the-scenes management of the crisis hints at its true role: sponsor of big oil and co-creator of the climate crisis.

The dominance of fossil fuels and the supremacy of the US empire rely not on victory in war or on market savvy or “value added” to the economy but on their political power. That power makes destructive and wasteful industries extremely profitable. The Oil Empire relies on massive public funding, carefully crafted exemptions to law and immunity from the economic, social and environmental damages they inflict. 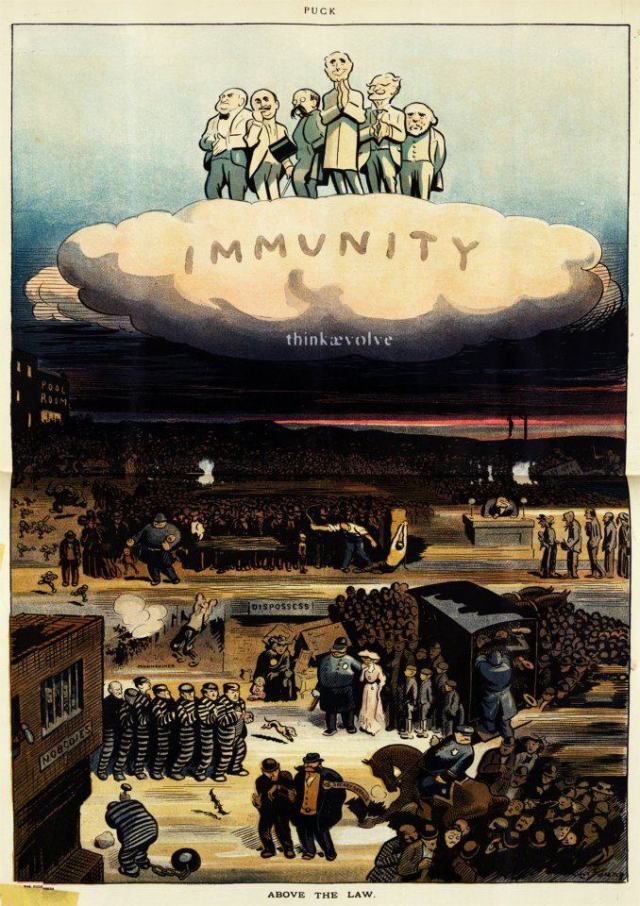 The military can only maintain the fiction that it protects our security by concealing its role as destroyer of the very things we really need to survive: a healthy environment and a democratic society. The fossil fuel giants can only maintain the fiction that they are profitable players in a free market by winning trillions of dollars in direct and indirect subsidies and by eliminating its major cost: pollution.

Mark Jacobson, director of Stanford’s Atmosphere/Energy Program speaks to the true costs of the choices ahead.

The carbon, methane, oil spills and fracking fluids wrecking our one and only home are — by the wonders of capitalist accounting — simply made to disappear as a cost of doing business.

Get this: giant corporations claim legal ownership to the fossil fuels created by nature; they own the machines and labor to refine and transport it; they hide and control the formula for fracking fluids as a trade secret. But, the toxic chemicals themselves, the oil spills, the carbon and methane waste — without which no fossil fuels are produced or consumed — are not their property but ours. Only the profits remain with the corporations. Pollution is considered by both corporate and government actors as an “externality” that is not counted. But, its poisons are not external to nature or our bodies and we are already paying for it with the sixth extinction, premature death for millions and hundreds of billions of dollars each year.

If the true costs of oil, gas and coal were accounted for in the capitalists’ equation — including massive public subsidies — the fossil fuel giants would quickly go from being among the richest and most connected corporations in the world to bankrupt orphans. But, those costs are cloaked by the war machine because it is essential to the military’s own need to hide the true costs of war.

The power of the corporations and the military are by no means the product of some mythical free market. Instead it’s an economic system — well rigged, well maintained and well enforced by US military muscle. Like the hub in a giant wheel of misfortune, the US military is the central point anchoring and protecting the global corporate power that is pushing us toward the planetary precipice.

We Knew This Once, Let’s Learn It Again

Over half a century ago Martin Luther King named the enemy: the evil triplets of racism, militarism and exploitation. In our time, the evil triplets have a new and monstrous brother: climate destruction. King was drawing our attention to the interconnections between all forms of oppression and exploitation. Fifty years later the links have become more intense and more obvious.

Along with the interlocking crisis and institutions, our troubled relationship with the planet is the single most revealing consequence of a deeply rooted culture of dominance. From the very beginning, European empires used the Doctrine of Discovery to claim ownership of “discovered” lands because the natives who lived there were pagan “others” with no rights Europeans should respect. Natives were threats to be assimilated or eliminated through war. The domination of “others” and the domination of nature have been linked ever since. Like our hostility to nature, war is not simply a policy or action — war is a culture — a way of understanding and acting in the world.

It’s the same culture that underlies our empire, our failed economy and failed political system. All the racism, the class exploitation, the misogyny, the homophobia, the inequality — all the hate and fear of “others”– are summarized, magnified and implicated in the degradation of the planet.

These ancient ideas of dominance live on in modern systems. Together they are like the “feedback loops” climate scientists warns us about. And, they are just as dangerous.

Today we face a constellation of powerful institutions that have magnified corporate power by merging the corporation and the state. It’s hard to see the boundaries between the big banks, oil companies, media giants and US government because they are united in purpose, design and culture.

Where Do We Go From Here? Organize!

What is not obvious are the implications that the interlocking nature of corporate rule hold for our actions and strategies for change. What are the system’s weak links? Is there time for incremental change? I am afraid we have backed ourselves into a corner: it’s peace and revolution or climate catastrophe.

We can start by casting away illusions. The intertwined and escalating nature of the crisis will make it nearly impossible to fix within the existing order because the crisis was created by the current system of corporate governance.

The evil triplets King identified were not simply free-floating ideas or bad attitudes. Each have a systematic and institutional foundation whose long history is both justified and hidden with cover-stories repeated thousands of times by the corporate media. These narratives are also related. “Free-market fundamentalism” is to corporate power what “colorblindness” is to the vast militarized penal system and “humanitarian war” is to empire: nice liberal sounding doublespeak that promotes the transition from old forms of dominance and exploitation to new ones.

The interlocking nature of the crisis means the task ahead is monumental. Our actions must be truly historical in their sweep and consequences or we will be overwhelmed. We can begin by pushing back against the systematic interlocking crisis with a loosely interlocking movement of movements. As Michael Eisenscher wrote:

“What compels these different strands of progressive struggle to weave a new progressive tapestry is recognition that none of these movements can achieve their objectives without achieving the objectives of the others. We will not be able to successfully decarbonize our economy if we do not also demilitarize US foreign policy.”

We need each other to win.

Our rebellions against climate change and war should continue the work and extend the vision the black revolution started.

“[T]he black revolution is much more than a struggle for the rights of Negroes. It is forcing America to face all its interrelated flaws —racism, poverty, militarism, and materialism. It is exposing the evils that are rooted deeply in the whole structure of our society. It reveals systemic rather than superficial flaws and suggests that radical reconstruction of society itself is the real issue to be faced.” Martin Luther King Jr., “A Testament of Hope,” 1969

“Interrelated flaws.” “Rooted deeply rooted in the whole structure.” “Systematic rather than superficial.” We must see what King saw. Tell me the last time that elections alone accomplished the “radical reconstruction of society.” Instead, the revolutionary project holds the greatest potential for overcoming the climate crisis.

Ok, Smartass: But You And What Army?

Got me. In this article and those that follow, I look at the interlocking systems of war and climate crisis. If we don’t know the enemy we can never win. But what about knowing ourselves? The finest strategies, ideas, and analyses are barren without an army of organizers and activists to make ideas into real material forces that must be reckoned with.

While the fresh energies and creativity of new political movements are our best hope, we still face the same old problems of organizing: “you and what army?” Extinction Rebellion, Youth Climate Strike, and About Face are rallying the troops we need — as are many other trends and organizations. Occupy Sandy showed us how a people-centered adaptation to climate disaster might work. Actions against more oil wars in Venezuela and Iran have the potential to knit both issues together.

But, we still need to build an army of organizers. Face-to-face work is the most labor-intensive method, true, but also the most effective. That actually makes organizing the quickest path to base-building and movement-building. Slow is the new fast.

While the Green Party thought up the Green New Deal, it is Sanders — operating on the left edge of the dysfunctional two-party system — that has the closest thing to the raw numbers of volunteers change demands. That alone means we need continued engagement with, and coordination between, various tendencies aiming to challenge the system. We can become greater than the sum of our parts if we have the political skill to allow for both unity and struggle in our political relationships.

We also need to recognize that organizing is a practice not a science. We are all perennial beginners. Here is a place to start again: check out my blog at befreedom.co. You will find a series of articles on organizing. Face-to-face organizing remains the gold standard for raising consciousness, building organizations and taking action. There is no way to challenge the war machine and face the climate crisis without it.

2 Responses to The Interlocking Crisis: War and Climate Chaos