What is Social Movement Unionism? 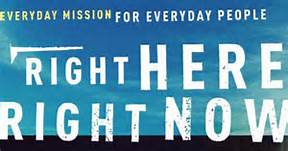 Sixth in the series: On Organizing

What is Social Movment Unionism?

The rarest and most politically charged form of unionism, social movement unionism is also the most difficult form of working-class rebellion to define or realize. When the borderlines between working class struggles and movements centered on race, gender, sexuality, age, and empire merge into a movement of movements — then political innovations and revolutionary changes are afoot.

Revolutions defy easy description, and we have yet to articulate a working theory.  But, if we look carefully at social movement unionism  we might begin to see the political attitudes and alliances that can help us envision what transformative change looks like in our time. The evolution of union activity: from conventional unionism, to professional unionism to public interest unionism takes us to the revolutionary threshold of social movement unionism.

As we approach that threshold, members, leaders and staff consciously belong to a larger national and international effort dedicated to the creation of freedom and democracy in the union, workplace, and in society. The sense of community extends to the furthest horizon as unions claim to represent the interest of all the people. Social movement unionists often adopt the language and agenda of citizenship movements by working to exercise and extend basic human and civil rights into the workplace. We lay claims to democratic political traditions.

Social movement unionists aim beyond the workplace because they believe that workplace democracy will not likely be achieved outside of a broad popular movement that can alter the structures of law and political power.

For this reason, social movement unionists act in concert with other social movements and organizing and community building are given primacy. They value coalition work and for inspiration on vision and tactics, they look to the civil rights and other racial liberation movements, community organzing, feminism, and gay liberation.  Unions closely associated with social movements (such as the early United Farm Workers), and the rank and file rebellions of the pre-1940’s labor movement also provide good examples.

Social movement unionism embraces and expresses the full spectrum of alternative political identities and consciousness aiming toward the realization of democracy. And,  has emerged most frequently as local community struggles, often those of poor and immigrant workers.1

Perhaps most important, social movement unionism can only be created by rank and file activism — be that inside or outside of formal union structures. Workers who live at the intersection of multiple freedom movements are well suited to lead the way. Both labor and civil rights, and/or peace, and/or immigration,  and/or women’s rights, and/or environmentalism and/or gay liberation and so on and on.

“Our challenge,” Martin Luther King said, “is to organize the power we already have in our midst.”

Social movement unionism is not distant utopia.  It is both means and ends, path and destination. From King’s perspective, all the deep cultural resources and  political ideals we need for social transformation already exist.  Take a good look, there is an American revolutionary tradition.  Now, we need the political skill and organizing savvy to make it real again.  Consider the following. We the people are ready.

“The Battle for Seattle”

The complex international constellation of social movements, ideas, discussions and organizing that lead up to and were a consequence of the 1999 “Battle for Seattle” offer us a glimpse of what social movement unionism might look like today on a grand scale.  The civil disobedience and protest that shook Seattle had a distinctly northwestern flair as local activists and labor and populist traditions set the stage for a gathering of international justice groups from the global North and South, as well as unions, women’s and environmental organizations.

The coalition of “Teamsters and Turtles” proved fragile but Seattle remains a powerful  example of what might be. Seattle remains one of America’s most organized and active cities.

Against War and Empire

While 9/11 and the so-called war on terror profoundly interrupted the course of social movement activism and international solidarity, the international coalitions that protested against the War in Iraq produced the largest global demonstrations in world history. On Feb. 15, 2003, a truly uncountable number — estimates range from 15 to 36 million — took to the streets to stop what we now know to be one of the greatest blunders in the blunderous history of the American Empire.

Today veterans of Iraq and Afghanistan are the working-class voice for veteran rights and against war and islamophobia. The Iraq Veterans Against the War,and Veterans for Peace continue the traditions of soldier and veteran resistance to war that go back to Vietnam Vets Agains the War.  VoteVets seeks restraint in US military policies, support for the veteran community and endorses veterans running for federal office.

Look at grassroots leadership and there you will find veterans. Listen to them.

On Mayday 2006 approximately one million people in 50 US cities avoided work, school and shopping to march in one of the largest days of protest in American history.  Inspired by the farmworker movements of the 20th Century, Mexican-Americans and other Latinos played crucial leadership roles and filled the streets. The AFL-CIO and Change to Win endorsed the event, in part, because tens of thousand of new union members were immigrants. The Great American Boycott focused on immigration reform at a time when many unions were changing their attitudes and policies toward immigrants. Solidarity was recast in broader, multi-racial and multinational terms, then US labor had previously been willing to do. That is a serious breakthrough.

The movement continues and organizations, such as the FAIR coalition, continues to make connections between economic justice, immigration, racism and the record deportations under the Obama administration.

In 2011, the people of Wisconsin, led by a union of teaching assistants long steeped in the social movement style, kicked off the first massive anti-austerity demonstrations since Seattle.  Later that year, the Occupy movement sparked a tsunami of international resistance against austerity and the corporate power. The 99% resonated with millions of people and gave new life to class consciousness and class solidarity — reinvesting “class” with its broadest possible meaning.  In a burst of revolutionary creativity, the working-class and “We the People,” merged into the 99%.

Economic democracy became a mass aspiration.  In contesting public space, the occupations became a living embodiment of the 99% in hundred of cities and towns much as the Flint Sit-down strikes had triggered similar occupations and similar demands for economic democracy during the Great Depression. At countless meetings, people experienced direct local democracy often for the first time.

Occupy redirected feelings of  resentment against public employees — or just the person working down the hall or living next door — by focusing on the 1%.  Occupy made the corporate power visible again. At first, some in the union movement picked up on fresh faces and new messages that occupy created.  But, as Occupy waned, labor officials returned to the muddled discourse about the “middle class” and business-as-usual machine politics.  Occupy faded but never disappeared as many groups continue activism around the country. Revolutionary outlooks and energies may have submerged but still ran deep among the union rank-and-file and the 99%.

1 Response to What is Social Movement Unionism?