The corporate media has been inducted into the Propaganda Hall of Fame. Their recent performances have far exceeded all international measures for lies, distortions and manipulations. After a rousing two year non-stop tour of blaming evil Russian meme-bombers for dividing us, suppressing the vote, promoting radical candidates and destroying this otherwise “great democracy,” this feisty band of corporate executives and secret police have stolen the hearts and minds of millions with the absolute minimum of actual evidence.  Kudos! 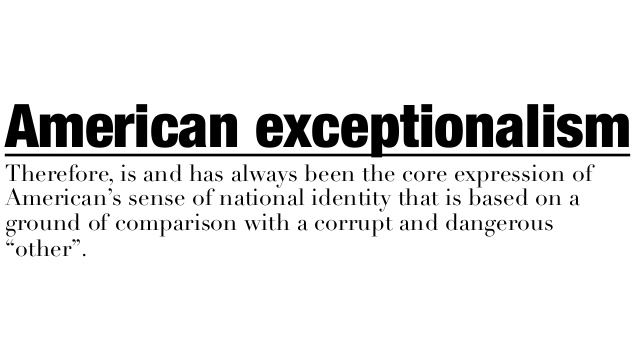 Then in a dramatic turnabout they directed a simultaneous performance in defense of the many US-led regime change wars waged with real bombs, that killed hundreds of thousands of real people, scattered refugees to the wind, and have overthrown governments through the direct use of military violence. The stirring climax of this passion play has people believing that all these wars are not only necessary for our national security but are motivated by (drumroll) humanitarian compassion and the support of democracy! Bravo! All the while these gripping tales of good and evil cloak the true existential threat of climate destruction and war. This is propaganda to die for! Well done! Joe McCarthy, Joseph Goebbels, Edward Bernays — your students have outdone their masters.

People who believe that continued US intervention in the Middle East will somehow solve anything “this time” or is anything other than a continuation of the long devastating history of western imperialism in the region, are not simply misguided, they are acting out deeply held beliefs.

If you have any doubt that American mythology lives on you can rest those doubts. Our sense of ourselves as the chosen people, truly an exception to the long history of war and empire is just so much raw material for the cunning propagandist. All they have to do is to tell us how evil the enemy is for us to believe once again in our own exceptional greatness. Myths endure because they settle contradictions and paper over crisis that cannot be resolved by facts, reason or logic. But beneath this drama lies the true object of propaganda: distraction from the growing existential threats of climate change, corporate power and empire.

Richard Moser has over 40 years experience as an organizer and activist in the labor, student, peace, and community movements. Moser is the author of "New Winter Soldiers: GI and Veteran Dissent During the Vietnam Era," and co-editor with Van Gosse of "The World the Sixties Made: Politics and Culture in Recent America." Moser lives in Colorado.
View all posts by Richard Moser →
This entry was posted in American Culture, Empire, History, Red Scare, Uncategorized and tagged History. Bookmark the permalink.

2 Responses to Propaganda Hall of Fame