Transformation and Reconstruction: The Means and Measure of Revolutionary Change 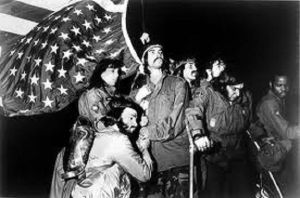 How Do We Organize a Hundred Million?

Transformation and Reconstruction: the Means and Measure of Revolutionary Change

To organize millions, the revolution has to create, not destroy.   Truly massive movements take shape around affirmations of goodness most powerfully represented by the promise of universal values.  Our task is to fulfill this promise, recognizing that we doom our efforts to win people’s support and allegiance if we too often rely solely on criticism, resistance, and opposition.

It is far, far better thing that we be authors of a new world rather than critics of the old one.

If we envision revolution as radical departure or complete discontinuity from the existing world we are likely to both overlook real change and leave the millions behind. A transformative movement works on culture and works with history. Transformative movements recast and reconstruct cultural materials from the past and present to create a new world out of the world we have inherited.

To be a transformative organizer is to be a worker. As King suggested, “There is nothing to keep us from remolding a recalcitrant status quo with bruised hands until we have fashioned it into a brotherhood.”[ 1 ] With our hands and minds, we labor upon the existing world, making it into something new, while allowing the value of  the raw materials to shine through.   Transformation and reconstruction makes another world possible starting from the world we are in.

Expectations for total change actually diminish the chances for real revolution by proposing changes without taking transition into account. Dreams of total change cannot be easily imagined or acted upon.  In their collective wisdom, the millions know you cannot tear one thing down without creating something else to put in it place.

Revolutions do not reject the past. Revolutionary organizers embrace the world because there is simply no other way of reworking culture. Conventional ideas of linear, mechanical, discontinuous change will not serve us well in times of revolutionary ferment. Static binaries such as past and present, old and new, or tradition and revolution reinforce the existing order while transformation and reconstruction of the past, the old, the traditional, is the signature of revolution.

While Karl Marx dreamed that future revolutions would make a clean break with the past, the actual revolutions he observed and interpreted in his life demanded the dialectical approach at the core of his philosophy. Consider Marx wrestling with history and revolution.

Men make their own history, but they do not make it as they please; they do not make it under self-selected circumstances, but under circumstances existing already, given and transmitted from the past. The tradition of all dead generations weighs like a nightmare on the brains of the living. And just as they seem to be occupied with revolutionizing themselves and things, creating something that did not exist before, precisely in such epochs of revolutionary crisis they anxiously conjure up the spirits of the past to their service, borrowing from them names, battle slogans, and costumes in order to present this new scene in world history in time-honored disguise and borrowed language….Thus the awakening of the dead in those revolutions served the purpose of glorifying the new struggles, not of parodying the old; of magnifying the given task in the imagination, not recoiling from its solution in reality; of finding once more the spirit of revolution, not making its ghost walk again.[2]

There is simply no escape from “circumstances existing already, given and transmitted from the past.” As Americans, deep down underneath, we dream of escape to a new frontier where we can begin all over again, or that we were by some means “chosen,” and so feel ourselves outside of the contours of history. Escape, departure, specialness, uniqueness and the rejection of history are essential to American Exceptionalism.  Instead we should use our “given and transmitted” history and culture to, “conjure up the spirits of the past,” for a purpose: “of magnifying the given task in the imagination,” “of finding once more the spirit of revolution.”

In order to achieve a true “revolution of values,” Martin Luther King counseled that Americans would have to build upon the spirit and promise of our revolutionary forbearers “to make democracy real and to follow through on the revolutions that we initiated.”[3]  King recognized that we don’t need to invent this revolutionary spirit from scratch, we only need to recapture something once lost:

“The Western nations that initiated so much of the revolutionary spirit of the modern world have now become the arch anti-revolutionaries…..Our only hope today lies in our ability to recapture the revolutionary spirit and go out into a sometimes hostile world declaring eternal opposition to poverty, racism and militarism. With this powerful commitment we shall boldly challenge the status quo and unjust mores and thereby speed the day when “every valley shall be exalted, and every mountain and hill shall be made low: and the crooked shall be made straight and the rough places plain.[ 4 ]

By using the ideas of transformation and reconstruction we can better envision the process of historical change as the play between continuity and discontinuity or between tradition and innovation.

At the heart of the last American revolution, a movement of Vietnam era soldiers and veterans opposed war and empire. Lead by patriotic volunteers they became “new winter soldiers” that remade and transformed the citizen-solder ideal. The anti-war soldier became the authentic reenactment of a related revolutionary figure created in the American Revolution and Civil War. The transformation ran so deep, it founded a permanent movement of military dissent. Vietnam Veterans Against the War, Iraq Veterans Against the War, Veterans for Peace, GI Rights Network, Military Families Speak Out, Votevets, the heroic stand of Chelsea Manning, and the insightful anti-imperialism of intellectuals like Andrew Bacevich still continue the revolution of the Sixties.

We should set our sights so high.

Not some nagging residue that must be overcome, cultural and historical traditions instead represent the inevitable grounds on which social change occurs and the raw materials from which new consciousness is constructed. Revolutions succeed when new, more inclusive and compelling versions of worn-out traditions take root by assuming the latent power and liberating vision of some frayed but classic ideal. [ 5 ]

How will we know revolution when we see it? When old things are made new again revolution is in the air. It’s the “re-” in “revolution.”

The experimental approach of the inside/outside strategy, altertness to transformation/reconstruction as the mode of revolutionary change,  universal values as rhetorical framework and political ideal, and the recognition that our ideals and strategies must, of necessity, speak to a hundred million people and more, are four parts of a work in progress.

To make the changes we must make, we need to create a working theory of revolution. Perhaps “How Do We Organize a Hundred Million” is a beginning. You be the judge.

Richard Moser has over 40 years experience as an organizer and activist in the labor, student, peace, and community movements. Moser is the author of "New Winter Soldiers: GI and Veteran Dissent During the Vietnam Era," and co-editor with Van Gosse of "The World the Sixties Made: Politics and Culture in Recent America." Moser lives in Colorado.
View all posts by Richard Moser →
This entry was posted in American Culture, Martin Luther King, Movement Culture, Organizing Strategy, revolutionary strategy, Strategy, Uncategorized and tagged American Revolution, Martin Luther King, Movement Strategy, Organizational Culture, organizing. Bookmark the permalink.