What You Are Getting Wrong About Appalachia 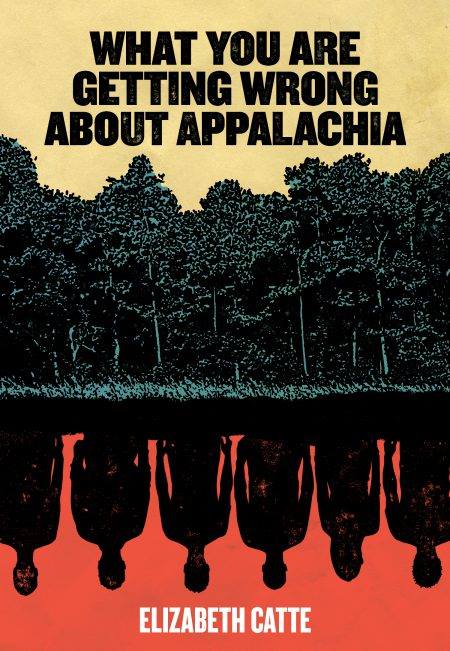 If you are wondering how one of the greatest strikes in recent history came out of a place we were told was a “Trump County” backwater then read this. This slender book packs quite a punch. Elizabeth Catte takes us on a tour of an Appalachia much more diverse, radical and conflicted than the one we hear about from corporate sources. Appalachia is no more “Trump Country” than is Long Island New York.

The author takes Vance’s famous *Hillbilly Elegy* to task for promoting a racial explanation of Appalachian poverty. Catte’s arguments are completely in keeping with what Nell Painter presents in History of White People: poor Appalachians are cast as broken people from dysfunctional families and damaged blood lines. That conveniently leaves out the role of corporate exploitation and resources extraction. And it hides behind a real history of eugenics and sterilization of mountain folk.

Class and corporate exploitation is made to disappear behind a “culture of poverty” argument also used against blacks, natives and other people. Just as important Catte shows us the hidden history and current resistance of local people against the corporations that dispose of their health — sometimes their lives — and destroy the water, mountains and air of Appalachia. No wonder Standing Rock was so strongly supported in Appalachian communities.

And Catte offers this gem of organizing wisdom from Huey Perry, an unsung hero of mountain resistance:

“A community action group consists of low-income people organized together to identify their problems and work toward possible solutions….I feel it is necessary that we take our time and build an organization that involves the poor in the decisions as to what types of programs they want, rather than sit down and write up what we think they want.”

Start by serving the people — end by changing the world.  The historic state-wide teachers strike then is not some surprising exception to Appalachian history but a continuation of the very best that people — any people — have to offer.

Richard Moser has over 40 years experience as an organizer and activist in the labor, student, peace, and community movements. Moser is the author of "New Winter Soldiers: GI and Veteran Dissent During the Vietnam Era," and co-editor with Van Gosse of "The World the Sixties Made: Politics and Culture in Recent America." Moser lives in Colorado.
View all posts by Richard Moser →
This entry was posted in American Culture, Cooperation, Corporate Power, Empire, History, Labor Movement, Movement Culture, Organizing Method, Racism and tagged History, Labor Movement, Movement Strategy, organizing, Racism, union organizing, unions, White Supremacy. Bookmark the permalink.

2 Responses to What You Are Getting Wrong About Appalachia